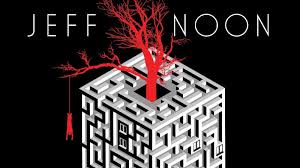 Jeff Noon, British cult novelist, playwright and one of a small but very recognisable group of contemporary writers of weird, or new weird fiction, was in the Forbidden Planet London megastore to sign The Body Library.

I’d brought along a copy, pre-ordered, which I was three-fifths through and as reviews of The Body Library go, can’t better this by Chris Limb. What I got from Jeff Noon’s readings and the Q&A afterwards was an insight into writing weird fiction.

Amongst the tendrils of the morphing, shifting, insatiable growth of genre, the keepers of the slottish mystery of shelving weird or new weird within increasingly narrow interstices in “Science Fiction & Fantasy” generally come down on the nearest match.

Weird fiction comes down to something which is unlikely to qualify as a shelving label:

“What the fuck is happening here?”

This satisfying response in the reader is true of all genre writing, but as the cry of someone shifting on the tectonic plates of reality, doesn’t usually occur to readers in one single moment. In weird or new weird fiction, it does.

Jeff Noon recounted for our appreciation his publisher’s introduction to The Body Library:

and the forthcoming third book in the Nyquist trilogy:

“What the fucking fuck?”

Now Nyquist gets beaten up a lot, but a reader of weird fiction basically signs up for the equivalent mental experience of being thrown out of the window. By the time you’ve got yourself sort of the right way up, you’re not sure which reality is the right one.

In the proliferating worlds of genre fiction the reader is picking how they want their reality, however they rate it, to interface with the writer’s fictional reality and basically, the committed reader of weird fiction is up for having their head messed with. Respect. I did ask Jeff Noon, after expressing gratitude for messing with my head since reading Vurt 12 years’ ago, if writing a story of disturbing noir dream logic based on story itself had messed with his own head. 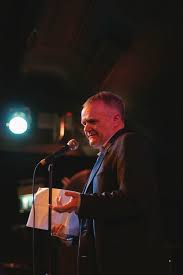 No, not at all. Jeff Noon, a sorted Mancunian is undoubtedly “Manchester’s delirious prophet,” to quote Kieron Gillen but is not remotely delirious himself. He is comfortable with long experience in taking us to the weird and scary places only a handful of writers achieve.

It’s all about where and how the What the eff? moment kicks in for the reader. What struck me twelve years’ ago as a writer, was Noon’s traditional, linear narrative, given the avant garde, organic cyberpunk content of Vurt. Some of the linguistic stylishness has been replaced by something that should come with a printed warning on the cover, a set up to What the eff? of disquieting straightforwardness.

Like A Man of Shadows, The Body Library is an addictive, immersive noir thriller. Until the What the eff? moment. Then the straightforward fictional narrative becomes a disturbing reminder of how far down the rabbit hole we are, the reassuring fictional reality an increasingly flimsy construct within which we experience the very weird.

In weird fiction, the reader comes to a point on the curve of the interface of fictional with the everyday. Fresh from Follycon, Jeff Noon showed us where weird fiction lives on a base state of what we loosely call reality. As I don’t have a video, I’ll say it’s about hip height, or just below. Worldbuilding means most of the mainstream SFF panels Jeff Noon was on were working within fully constructed worlds on an epic scale. The point at which Noonlaw kicks in, to the delirious joy of his readers, is from a familiar reality and then whatthefuckisthis …

Will Smith says to K, about becoming a Man in Black:

“Yes,” says K, then, over his shoulder as he walks away:

Weird fiction in a nutshell.

View all posts by ferdinandpage

2 Replies to “Jeff Noon and the really weird”